Hands-Free Thanks to Augmented Reality at CSL

Hands-Free Thanks to Augmented Reality

To make manufacturing smarter, a pilot plant in Australia is exploring how to replace paper with next-generation technology.

A visit to one of the company’s pilot plants in Australia makes it clear that Industry 4.0, also known as the fourth Industrial Revolution, is upon us. When employees suit up for work, they don the usual masks, gowns, shoe covers and then add futuristic headgear.

The Bazeley Pilot Facility at the Parkville site in Melbourne, has been trying out Apprentice IO, an intelligent batch execution system that includes augmented reality. CSL, the world’s third largest biotech company, uses pilot plants to test manufacturing processes on a small scale. The company specializes in rare and serious diseases as well as influenza prevention.

Working with Apprentice IO in Australia means a near-complete reimagining of core operations, including product development, manufacturing and supply chain solutions, said Sharon Orr, CSL’s Manager, Innovation and Technical Operations, Pilot Scale Operations. As part of the six-month test, the team is exploring alternatives to paper-based batch records, standard operating procedures and work instructions. The exercise has fundamentally changed the way operators of the system think about and approach instructions from the outset, Orr said.

When integrated with lab facilities, the augmented reality headset and linked iPad, can provide-on-the spot feedback, process directives and problem-solving techniques in real time. Paper records require a four-eyes approach for calculations, checking raw material information and weighs, she said. The experimental platform replaces manual cross-checking methods with automated formulas, ranges and barcoding. If results don’t match, then the system flags it to the operator saving time and ensuring compliance.

“Once a procedure has been augmented and approved, I can use this technology to perform a process ‘hands-free’ without having to worry about cumbersome paper-based data collection and manual checking,” Orr said.

Approved standard operating procedures can be accessed at the click of a button, Pilot Scale Operations scientist Hugh Harris said. With the new manufacturing software and augmented reality capabilities, colleagues at different sites would also be able to share data and see what’s happening in real time. CSL may bring the software system to other pilot facilities in Australia and the United States.

“Watching the team explore this new technology at the forefront of next generation manufacturing has been truly inspiring,” said Matthias Zimmermann, CSL’s Executive Director of Bioprocess Development. “They have shown a willingness to embrace the technology and incorporate it within our already existing processes. They have also worked with the software program designers to inform the next version, in some ways advancing this technology together.”

Thank you! Your submission has been received!
Download
Oops! Something went wrong while submitting the form.

Get started with Apprentice

Fill out this form to start a conversation with an Apprentice team member and get your questions answered. 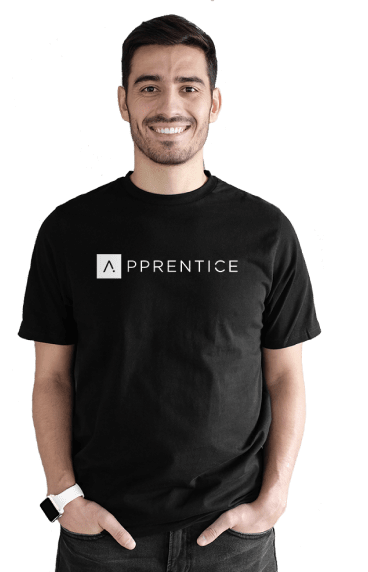